Skate facilities allow youth to develop skills at their own pace, conquering their fears while having great fun and social interaction with their peers. It allows them to have active sports recreation on their own time unlike the strict schedules of organized team sports.  We badly need our own  local skate facility which will help make our peninsula more child friendly. We have Five golf courses on over 1,300 acres of land, Los Verdes, Trump National, Rolling Hills Country Club, Palos Verdes Golf Course, and Terrenea.  Seventy plus tennis courts, multiple baseball, football, soccer fields, basket ball courts, hiking trails, a forty acre plus archery club, the sixty acre million dollar Abalone Cove Shoreline Park,  yet our children have no real skate board facility so they are forced to find concrete to skate on at schools or privately owned buildings.  The Rancho  Palos Verdes peninsula has 15,168 acres of land –  a skate able facility would require less than one half acre.`

This video below was taken at the old Torrance skate board park which closed years ago.  Skate boarders start at a very young age, the skater below is four years old.  Parents should not have to drive their skaters to Peck Park or Hermosa Beach skate parks which are both about 10 miles one way.

The same peninsula skate boader in the video below ten years later – after thousands of commuting miles  and many hundreds of hours riding in a car to practice skate boarding at legal skate parks in other cities. 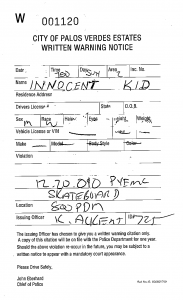 Skateboarders should have a safe legal place to enjoy their healthy sport. They should not have to worry about a court citation with a monetary fine and mandatory court appearance or a warning citation. 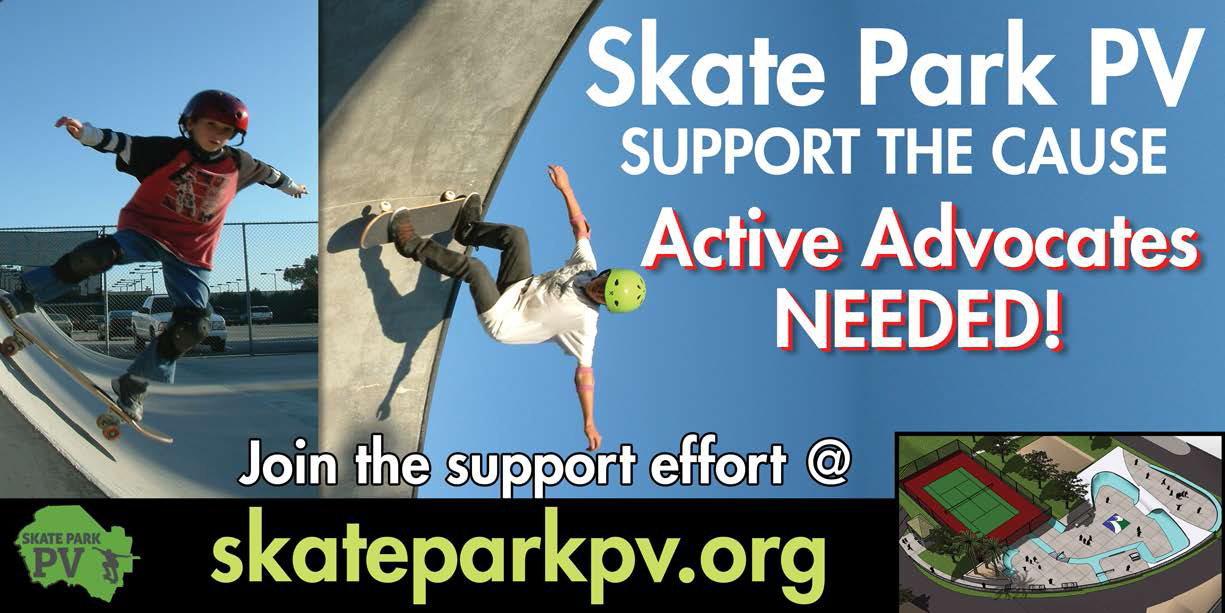 Join the cause to build a local skate facility

SkateparkPV needs many more active advocates to insure success getting permission to build a self funded facility on public land.